2022 was an incredible year for Orkes. We witnessed a remarkable growth of the community along with a much higher adoption for Conductor. Definitely, the backbone of this lies with our developer events. We’re extremely grateful to all the attendees who made these events a great success.

In case you missed the DevFest events, we have compiled the key highlights for a quick catch-up.

Hosted by Google Developers Group (GDG), DevFests are global community-driven tech conferences. They are put forward with the idea of building a strong developer community who are proficient even with the latest technological advancements.

With over hundreds and thousands of attendees, each event is a networking platform for developers to connect locally, learn and build on various tools.

We began our DevFest journey for the first time at DevFest Nagpur in India on Nov 5-6, 2022. DevFest Nagpur is an initiative by GDG Nagpur primarily focussed on networking, knowledge transfer and learning about technologies. 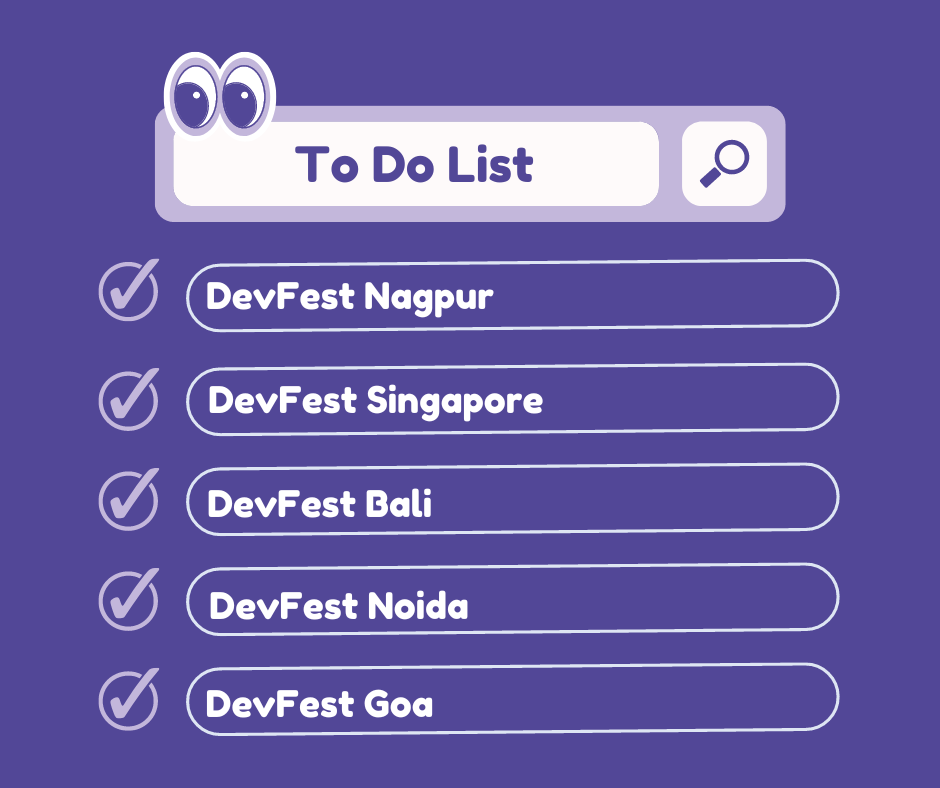 We are extremely overwhelmed by the interaction we had with the outstanding crowds at each of the DevFest. A massive shoutout to our Developer Relations team for this great success.

We were represented at the DevFests by Cherish Santoshi, our Developer Relations Engineer, who delivered talks on building distributed applications 10x faster using Conductor.

The talk revolved around the age of monoliths, monolithic challenges, and how it moved from monoliths to microservices. Cherish also provided a context on how big tech giants like Tesla, Netflix, GE, JP Morgan, etc., simplified their distributed systems architecture, & built mission-critical applications 10x faster by leveraging Netflix Conductor.

What makes Conductor stand out in building applications faster are the stories we talk about at every conference. Conductor has many built-in features that allow functionalities such as automating recurring tasks/retrying logic and counts/CI-CD pipelines and re-using error handling/services. And overall, what makes Conductor unique is that apps can be built using any language, any cloud, and any scale.

The talk led to significant interactions with the audience, where several questions on using Conductor in various industries and use cases were raised.

Now you may have an inner feeling to try out Conductor right now. Then, here we go! You can leverage our Playground, which is a free tool for you to play around with Conductor. Please look at our documentation for more details on Playground.

The show was not merely concentrated on the talks alone, but we made it more exciting by providing swags to the audience. The people were chosen based on how interactive they were, and we delivered swags to the top 50 interactive ones. Congratulations guys!

Here’s what they say about us!​ 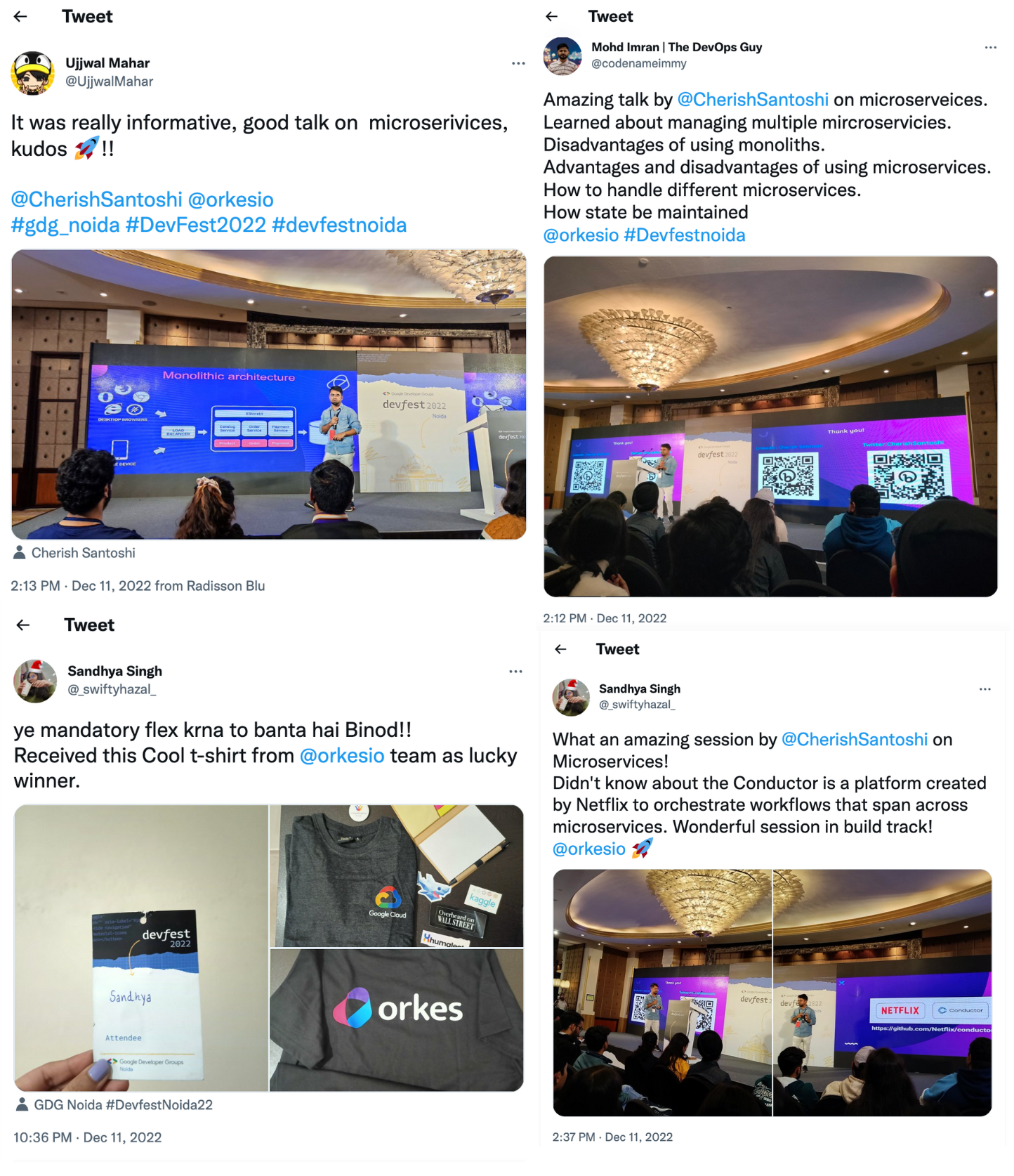 Our Developer Relations team was highly overwhelmed by the outcome of these events.

And that’s a wrap. We officially concluded with DevFest Goa for the year. We are so glad that we could be a part of the DevFest events, which helped our fellow developers to learn about Conductor.

A big thank you to all our dear attendees. This couldn’t have been possible without you guys. Let’s meet and greet at DevFests in 2023.